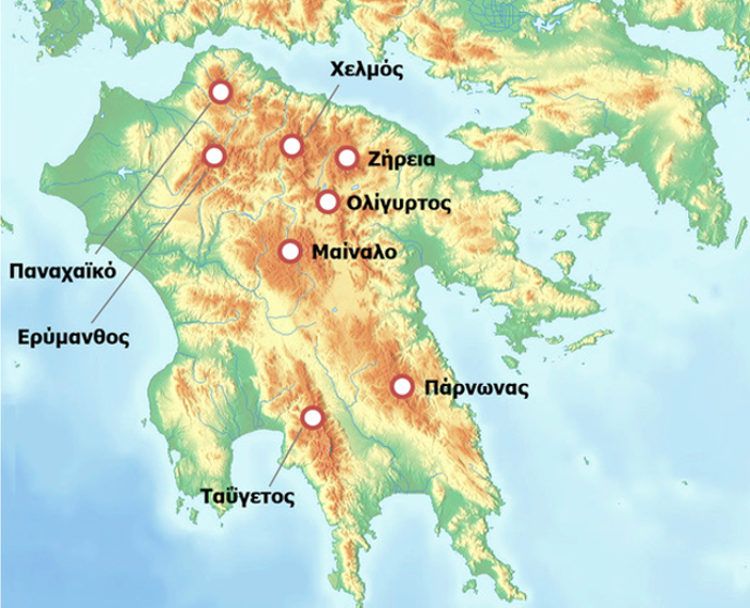 Peloponnese is located in one of the southernmost tips of Europe, at the same latitude with Sicily, Andalusia, South Portugal and the northern coast of Africa, which are areas with consistently high temperatures. There is also one additional factor, perhaps more significant than that of latitude, which is extremely decisive in upscale wine production that passes the test of time. This factor is the unique terrain of Peloponnese. 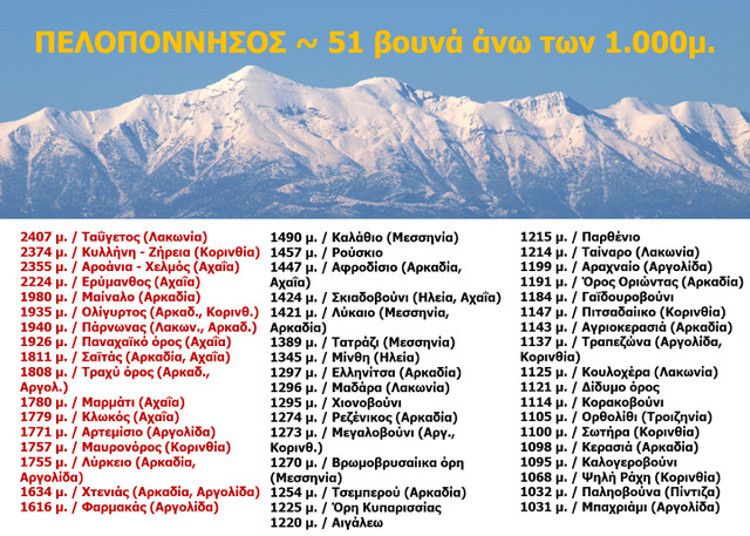 There are more than 50 mountains in Peloponnese with an altitude over 1,000 meters. The altitudes of the most well-known mountains (Taygetus, Cyllene, Chelmos, Erymanthos, Mainalo, Oligyrtos, Parnonas, Panachaiko) range between 1,900 - 2,400 meters. These mountains, with their snow-capped peaks, work like cool transmitters from the centre of each area to the borders. This process benefits high vines and offers grapes coolness, elegance, moderate alcohol and the desired slow maturation leading to expressive wines that endure the test of time. 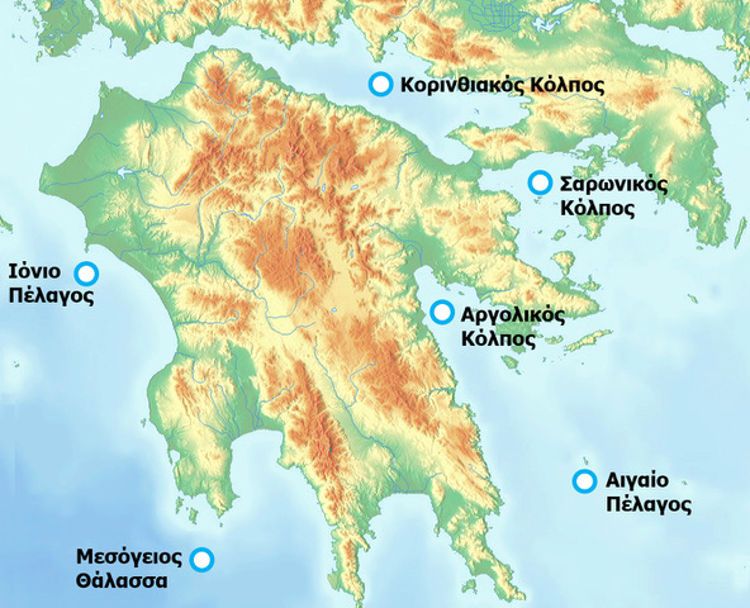 But even in coastal areas, where the influence of the mountains is small, the abundance of water bodies surrounding Peloponnese prevents temperature extremes. The Corinthian Gulf in the North, the Ionian Sea in the West, the Saronic and the Argolic Gulf as well as the Aegean Sea in the East, and the Mediterranean Sea in the South play an important role in wine producing and have endowed Greece with complex and unique wine producing sites along with exceptional local varieties matching the winegrowers’ unparalleled personalities.
Gregory Kontos, DipWSET

The Peloponnese vineyard stretches over 190,434 stremmas; it is the largest vineyard in Greece, occupying 30% of the total cultivated area of vineyards in the country.